Climbing Australia's Mount Kosciuszko and Feeling a Sense Of Belonging 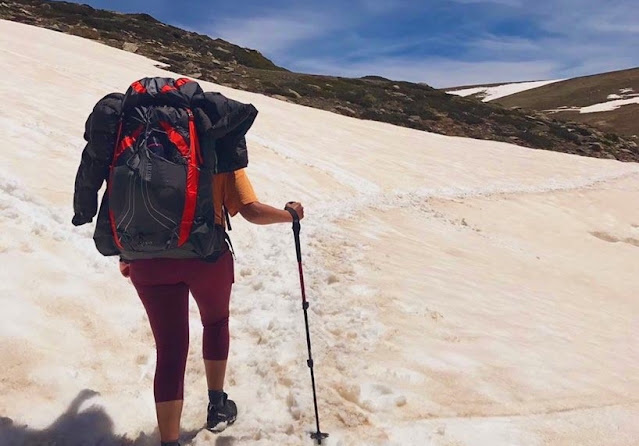 The first month of my year abroad in Australia was spent snorkelling, surfing, scuba-diving and kayaking up the East Coast. Yes, I know, it's a tough life, but someone's got to do it, huh? However, I couldn't help but feel an odd and unwelcome sense of discomfort loitering beneath the surface. I revisited all those raving reviews of Australia from changed for the better Brits. But personally, I struggled to de-stress, unwind and relate to the idle lifestyle of each paradisal coastal town I visited. And with a worldwide pandemic scrapping my plans for redemption across the country, I feared that my chance for deserved solace and self-discovery in Australia was quickly dwindling.

I suddenly felt a defiant desire to justify my ill-timed move across the world. I had to find some sort of connection with Australia. And deep down, I knew where I had to look. It wasn't the country's mesmerising stretches of beaches or lusciously green national parks - it was the mountains. No other place would cure my anxieties of being unable to fit in Down Under than the mountains, I was sure.

Now, I'm fully aware that Australia's mountain ranges no way near rival the likes of the Himalayas or the Alps - but after learning that the tallest mountain in the country was in New South Wales, the State which I was confined to, and a five-hour drive away, I found myself exhilarated with the thought of seeing it in person. 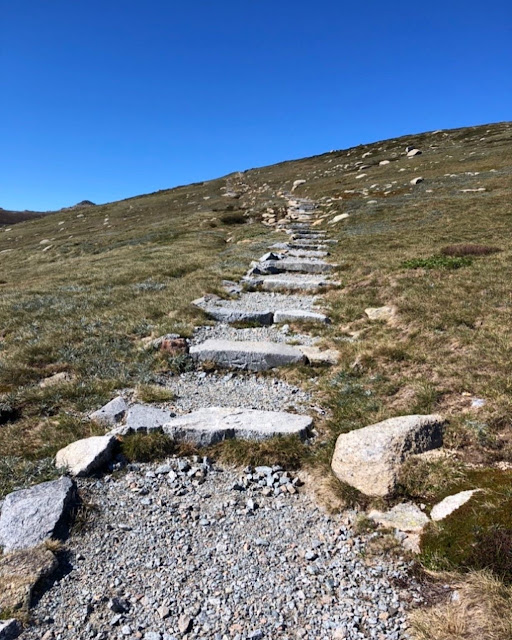 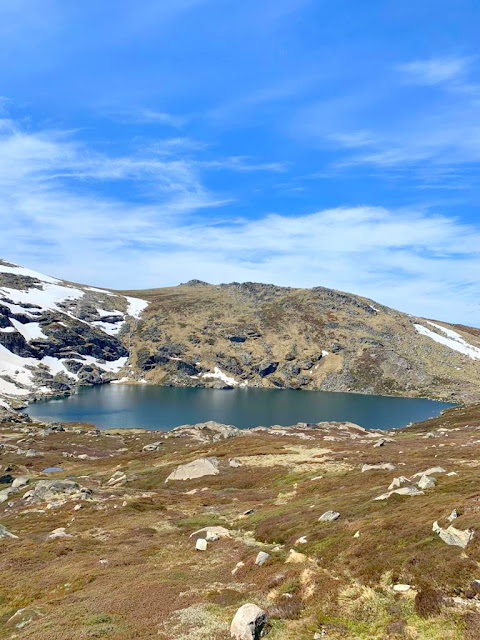 Standing at 2,228 metres tall, Mount Kosciuszko most certainly isn't the grandest of them all, and the hike to the summit can be tackled in about five to six hours. But I knew I wanted more than a sole in and out experience. It felt rushed, and it didn't feel right. That's when I found Australian Summit Tours, who offered a four-day experience combining simple comforts with the gritty exertion of trekking and wild camping. For the first time all year, I had never been so sure of a travel decision. Money that I had saved up to explore the length and breadth of the country was sitting patiently in my bank account waiting to be spent, and I knew that this is where I wanted to invest.

When the trip finally rolled around in early November, I was excited from the get-go. From the long, lazy car ride through Canberra to arriving at the cosy Lake Crackenback Resort, everything seemed faultless. The five other people on the expedition were unbearably lovely, as were the two guides who were quick to quiz me on my previous camping and trekking experience. 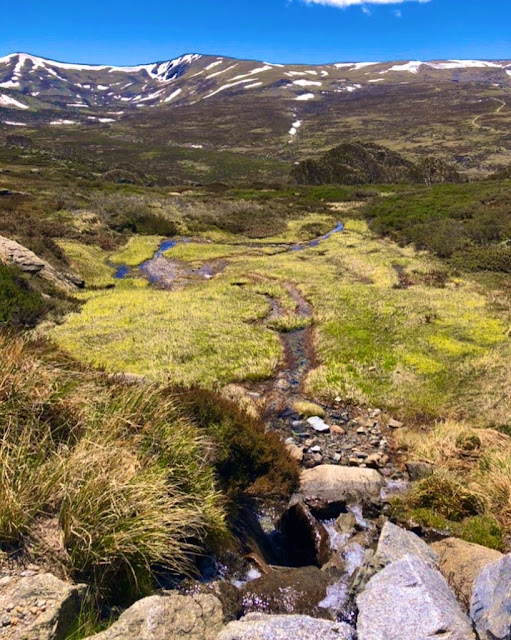 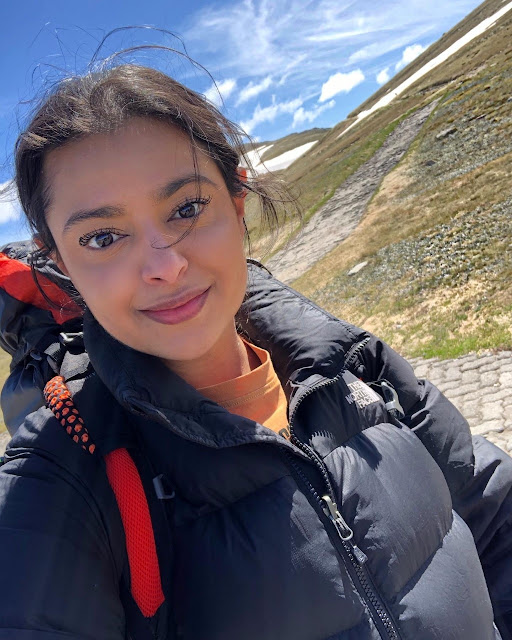 'I've camped a few times before,' I told them. 'But I've only ever done one-day treks. This will be my first overnighter.' As someone on the more deliberate and steady side, I also confessed that I was nervous about holding others back potentially. 'It takes me time getting used to different terrains. I have a fear of slipping in ice and snow. I love hiking, but by no means am I good at it.' Immediately my insecurities were quashed. I was told that I was here for a personalised experience, and I had to 'hike my own hike'. This was about me, and no one else. Immediately my nerves dissolved and I got a good night's sleep.

We set out the next day, and after a nerve-wracking water crossing, I got a good pace going. We made our way up the luscious green rolling hills, took a scenic detour down to Australia's largest glacial Blue Lake, soaked up the view of The Great Dividing Range before making our way past Lake Albina. I was doing much better than I had anticipated - but the day didn't come without its challenges. A few hours in, I felt this dull and continued sense of nausea. It was my body's way of adapting to the extreme physical exertion I was putting myself through. My pack was taken from me for the next twenty minutes [I felt totally guilty about the guide having to carry two huge bags!] and I took it easy. 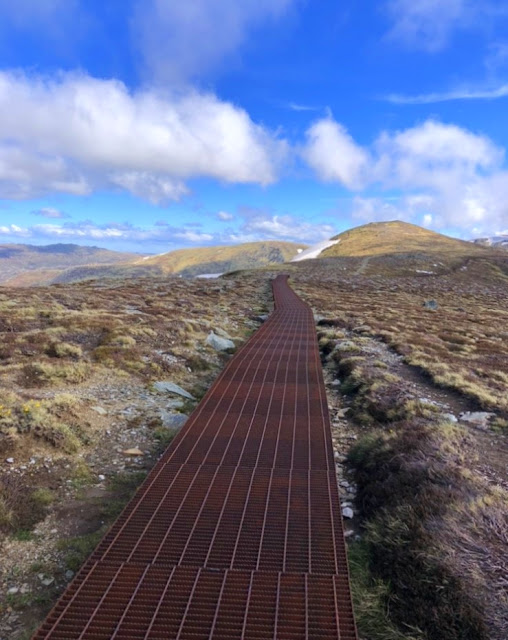 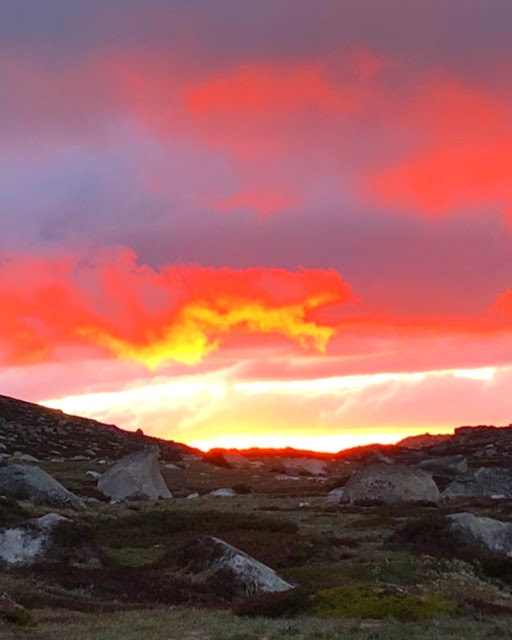 We also came across a lot of snow traverses, and if you recall my earlier concerns about varying terrains, you can imagine how fearful I was as I slipped and slid my way across steep inclines. Yes, my life did flash before my eyes, but hey, I did it, and every time I made my way across quicker, and with more skill. I was rewarded with one of the most breathtaking sunsets I had seen once we finally got a delicious dinner going at the Wilkinson's Creek Campsite. It was such an epic pinch-me moment. 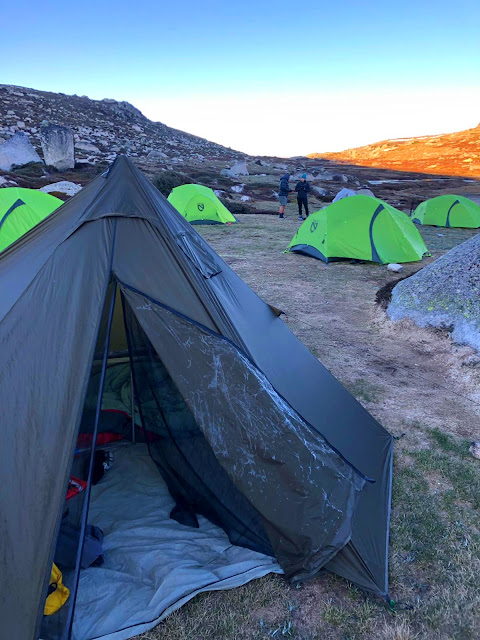 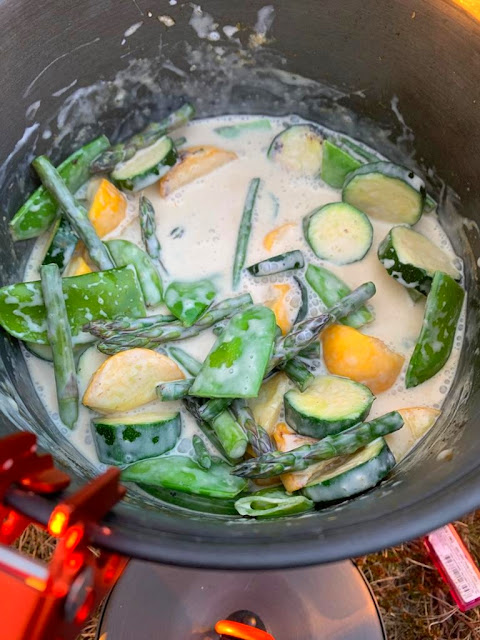 After a night sleeping under the stars, it was time to make the ascent to Mount Kosciuszko's summit. During the continued hike up, I felt incredibly at peace. I kept looking out at the extraordinary view around me with sheer delight and the utmost disbelief. After navigating my way through this bizarre year, I couldn't quite believe I was there. Needless to say, there was an overwhelming sense of accomplishment when I finally made it to the top. I was ecstatic. A plethora of pictures was taken, and celebrations were exchanged as we marvelled out at our view.

We eventually began making our way back down, and I found myself on a stretch that, from the videos I had seen, felt like I was on America's famous long-distance thru-hike, the Pacific Crest Trail. With people a considerable distance in front of me and behind me, I was entirely alone for a good hour, and I had the most enlightening time savouring the sensations, sights and smells all around me before I made it to the pretty end. The connection that I so desperately wanted with Australia? There it was. 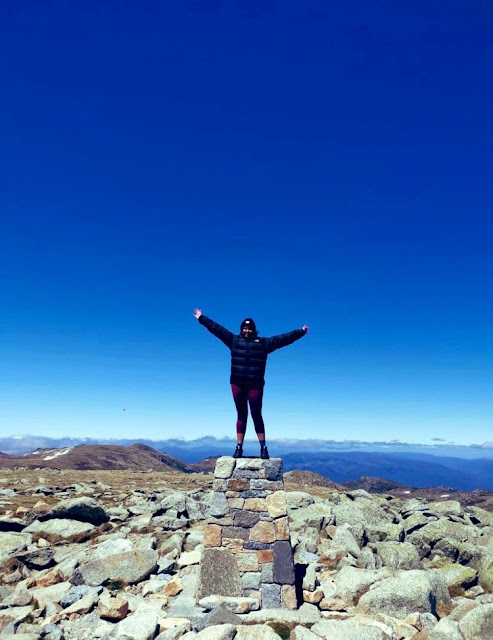 Share:
at December 02, 2020
Labels: Australia, Down Under, tbloggers, travel, travelling