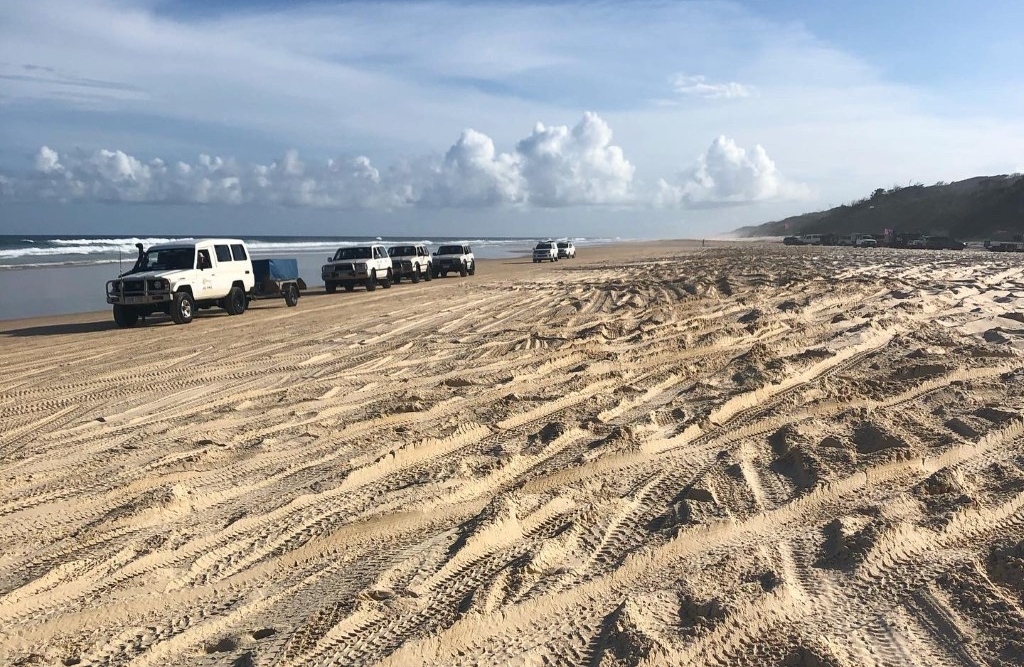 Backpacking Australia has certainly been a whirlwind. Since my initial notions of feeling out of my depth, I've continued to travel up the East Coast of Australia whilst encountering an abundance of what this visually stunning country has to offer. Last I checked in I was sitting in Byron Bay. I am now in tropical Airlie Beach, ready to reflect and share my thoughts and opinions with you guys.


Following Byron Bay, I killed time in the lacklustre city of Surfers Paradise for a few days. Guys, it is pretty but please save some money and give it a miss! I then made my way to Brisbane. 'Brisbane is so boring, there's nothing to do there, so many people skip it,' was the general consensus I heard from others making their way up the East coast - But I have to say that I whole-heartedly disagree. Brisbane is a beauty!

However, my journey to loving the chilled-out city in all its glory endured a very rocky start. While a hostel sleeping fourteen people in a room didn't appear greatly appealing ahead of time, it didn't bother me too much until the second I stumbled into the room. It was 3pm, the lights were turned off. I flicked them on to find a bed and came face to face with three people literally standing there just staring at me, completely pokerface. I asked one of them a question... he muttered something incomprehensible and then switched the lights back off.

I felt a sudden surge of panic and anxiety and within five minutes I was down at reception upgrading to a private room. I had cushioned out some extra money for emergencies  - and this is what I called an emergency. Walking into my own private room felt like night and day. I had space to breathe, places to put my stuff, all the time in the world to get ready, etc. Suddenly, I had a spring in my step. It felt absolutely epic enjoying the next few days in stunning Brisbane while avoiding all the damning intricacies that came with hostel living. I definitely needed an extra day to explore Brisbane.

Suddenly, (relatively) luxury city life living was over. I found myself in Noosa making the nervous walk to my hostel room to find out what horrors I would be met with there. I mean, there was no AC... barely any WiFi - but miraculously it was the place where someone genuinely made an effort with me for the first time. Social media accounts were also swapped (I know, crazy - call the cops!) and I slowly felt the tide turn.

Hot on the heels of this new high, I also saw kangaroos for the first time in Noosa. Controversially, I am not the biggest animal person - but this was the first time my heart went aflutter after seeing those magnificent creatures hop around. Keeping busy, I also indulged in an absolutely stunning kayaking trip across the Noosa Everglades. Getting on like a house on fire with my kayak partner, I checked off yet another person I was vibing with in this crazy, uncertain world of backpacking - and thought to myself, 'hey, I can do this! It's just about crossing paths with the right people.'

Well, it wasn't long before my sudden, much welcomed positive attitude quickly came crashing down. It was time for Fraser Island. The pinnacle and hands down best thing to do on the East Coast according to backpackers everywhere. But it just wasn't the good time I had been expecting (Sorry!). Now, don't get me wrong - everything we did and saw (snakes, dingos, - the lot) over the weekend camping trip was I.N.C.R.E.D.I.B.LE. Driving around in an epic 4 by 4 parallel to sprawling bright white sandy shores, complete with glistening turquoise waters, is honestly an experience like no other. I saw so many breathtaking sites that I'm sure I would be hard pressed to find elsewhere (and the camping wasn't too bad either!).

I just... wish I had experienced it with someone I knew such a close friend or family. The three girls in my group (18-22 y/o) formed a clique almost immediately and the boys were so incredibly immature, I felt embarrassed just by association. I did the best I could to block out the company I was constantly immersed in, but I could feel my social awkwardness catapult tremendously.

I was made to feel like an outsider by 'my group' so much during the first night, that I went to my (utterly brilliant) tour guide Nate, broke down in tears and told him I wanted to go home. Meltdowns... me? Never! He sweetly reassured me, told me I could go back to Rainbow Beach if I wanted - but to sleep on my decision. Of course, I decided to stay because a) that's money down the drain and b) I was letting other people's negative energy and vibes win - something which I have done all too often and c) When was I ever going to get a chance to come back to Fraser Island again?

The next day, I put a smile on my face and focused on the glorious sun, sea and sand around me. I also found my groove with people from other groups - which was super nice. However, they were ALL on either a gap year/freshly graduated and I got sick of being constantly asked what I studied at uni (Honestly, I don't remember. Stop asking me). Nonetheless, there were some sweet faces who saved the experience from me. So, the general consensus of Fraser Island - it' definitely not to be missed, but please do experience it with someone you love and trust - unless you're a social butterfly (which we all now know, I am not).

So, I'm sitting here in Airlie Beach, taking it easy, recovering from a horrific sunburn and somewhat dreading the Whitsundays sailing trip I have coming up. The idea of being forced to socialise with people with no escape? Eurgh! However, I am desperately trying to tell myself if I had a bad experience in one place, I won't in the other. I mean, thinking realistically - what do I even have to dread?? - Setting sail to Instagram worthy destinations in glorious weather. You're probably reading this and thinking: 'Christ, is she actually even enjoying herself?' - Yes, I am. Completely. I'm just here to be 100% real with everything I am feeling. What I've found is that when you ask someone how their long backpacking trip has been - they usually reply with, 'Amazing, incredible!' It's almost robotic. I'm pretty sure, no one has experienced the utmost perfection on every single day of  a lengthy backpacking trip!

I am now in the second half of my trip up the East coast, and still have an abundance of cool experiences and locations ahead of me. I'll be checking in soon!