The Positives I'm Taking From The Chaos That Is Donald Trump 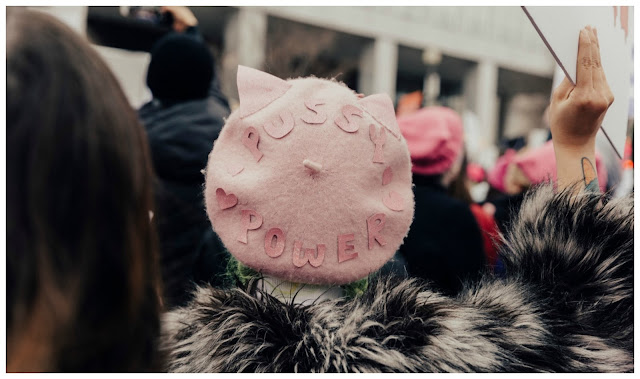 Merely two weeks into his Presidency, Donald Trump has managed to divide the world in a way that we initially thought, was humanly impossible. Myself, along with many others, thought we had come further than this. Even as a UK born and living citizen, I feel the sting. How the hell did an unqualified, misogynist, arrogant individual, who'll do anything it takes to live up to the notoriety, become the leader of the free world? How? How could those people who voted for this creature of injustice do this to themselves?!

So far, as well as temporarily freezing the hiring for federal agencies, dismantling the Affordable Care Act and renewing construction of the North Dakota Access Pipeline, which could severely impact sacred Native American land, here are two other outrageous things he has done:

*He has reinstated the Global Gag Order. The order, also known as the Mexico City Policy, severely limits federal aid to family planning organisations that provide abortions and provide educational information on the matter. Pro Trump voters, congratulations! You're screwed if you, or your daughters, sisters, relatives, and friends need to make a crucial decision on their reproductive health. And unlike the rest of the States who didn't vote for him, YOU'LL be the only ones kicking yourself in the back.

* He has also restricted immigration from seven predominantly Muslim countries from entering the USA for a period of 90 days. The United States' refugee system has also been suspended for a period of 120 days. The former Apprentice honcho thinks that his 'extreme vetting' will keep 'radical Islamic terrorists out of the USA.' Oh and he's pretty keen on building that wall too. The thing that strikes me the most about this is how the words 'Muslim' and 'immigrant' are represented as dirty, evil, and holding all of us back. My dad was a Muslim immigrant from Pakistan in the 80's and I'm so proud of what he's accomplished. And my views are the same for all those others who take their new found freedom and run with it. 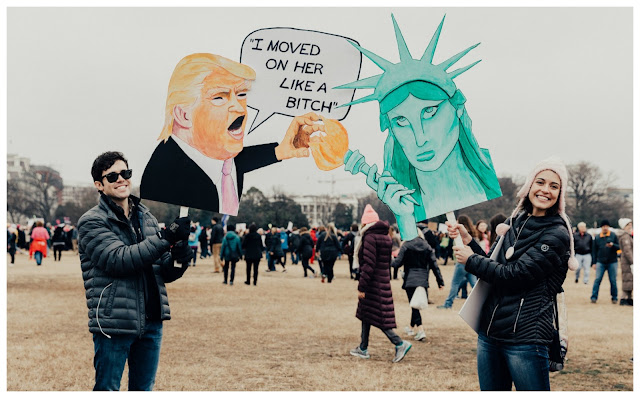 However, despite all the forces put in place, hoping desperately to divide us, you can't help but marvel at what it has unwittingly achieved in return - such as:

- It's bringing women together in a way like never before
I honestly couldn't believe my eyes when I saw thousands of women across the globe unite to march for Women's Rights. How the hell is one man going to tell us that our right to choose, isn't a right any more? We shouldn't have to fight for equality anymore, especially by someone of the opposite gender who doesn't know what it's like to be pregnant, give birth and states he 'want to grab that pussy' like it's no big deal.

- It's telling us that we have WAY more support than we initially thought
After hoards of people stood outside US airports, demanding for detainees to be released as a result of Trump's Muslim ban, it brought tears to my eyes to see how they were greeted when finally released. 'Welcome! Welcome to our country!' they chanted. And you could see it in those people's tired eyes, who had been delayed and questioned for hours. They were so thankful - and once again so hopeful. 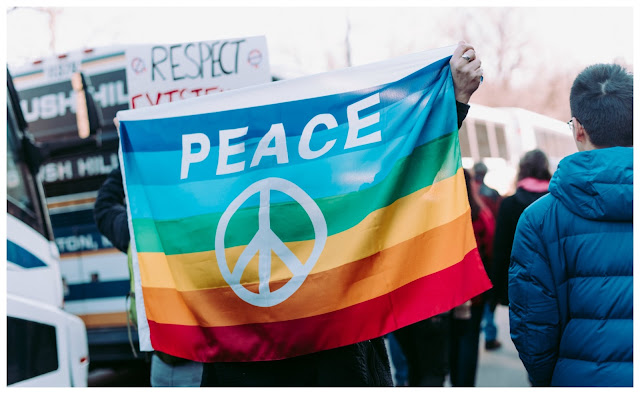 - People are putting their personal needs aside and looking at the greater good
As someone who works in the entertainment industry, it pleased me to see artists and performers use their platform to spread their voice over the outrageous Muslim and immigrant ban at the recent SAG awards. As Taylor Schilling said: 'What unites us is stronger than the forces that seek to divide us.' Use any opportunity you can to fight for justice.

- If we unite together, something good can come out of it
Yes, he has stayed true to his evil words and followed through with a lot during his short time in Office. But look at what we have done in the same time period by fighting back. Those marches across the globe for gender and race equality have not gone unnoticed. How could they? If we keep it up, change is wholly possible.

I honestly hope the White House and all of the pro-Trump voters come to their senses soon. How can you not WANT to be unified nationally and internationally? I tweeted this the other day: 'I don't know how you can look around and hear all these different languages being spoken and see people who look completely different than you, and not think that's beautiful.'