'There is something in the New York air that makes sleep useless.'- Simone Beauvoir 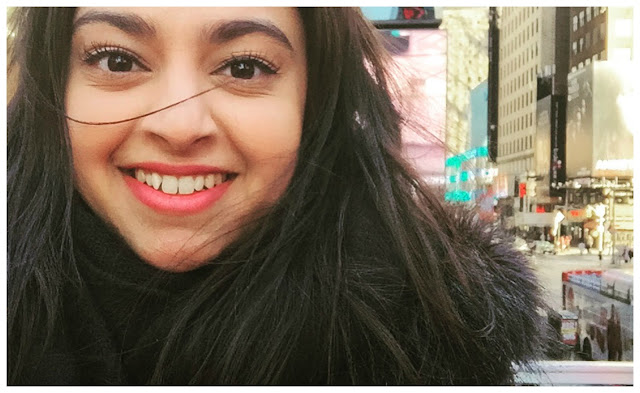 If you didn't already know, I spent three weeks over the holiday season in America through a company called Trek America. It's safe to say I had the most incredible time which formed the ultimate escapism. I thought the trip would calm my love affair with the States, but it has only heightened my desire to get back! And I will be back- super soon! In the meantime, here's the rest of my top ten highlight list. Part 1 can be found here. Enjoy and if you have any questions regarding the trip or America in general, please feel free to contact me!

6. Christmas Eve on at the top of Chisos Mountains, Big Bend National Park, Texas
Hiking at the Grand Canyon was slippery due to the snow. I took my time and we did a pretty easy trail. But with the blistering sun out (on the day before Christmas!) and a rocky incline, I was ready to finally fit in a mean hike. It was something I was looking forward to. Some strenuous exercise amongst nature- after what seemed like months chained to a desk beforehand, was such a welcome necessity. The Lost Mine Trail started off a breeze, but the steeper it got the more tired I became. There was a point when the path became narrow and terribly rocky and unclear- but I loved it. And what was even more worth it- having lunch at the top! Mexico in the distance and some time to collect my breath and thoughts- I was practically floating in the clouds. Totally one of those *pinch me* moments. 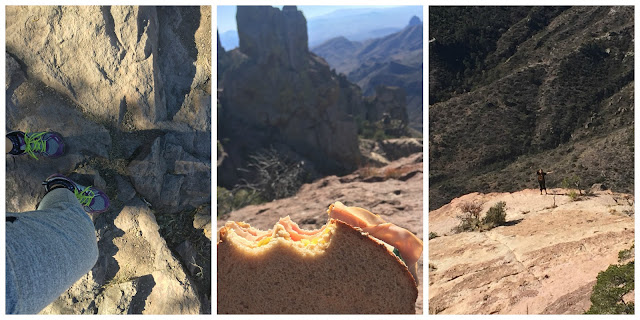 7. Bad memory turned good: Last time I camped was over ten years ago and I cried.
Not about a specific event but about camping in general. I didn't cry this time. Yay! In fact, me and two other girls were the only chicas who managed to camp all the required nights. Camping in the middle of deserts and national parks....no, not the most fun you'll ever have. In Summer, it may be slightly better but in the middle of Winter? I can't tell you how many layers of clothing I had on, how many hand warmers I kept with me at night and how much I still shivered. But I did it. I remember on our first night we arrived at the bitterly cold and windy camp-site after dark and most of us weren't familiar with how to put up a tent. But it got easier. Especially when there were back to back camping nights- without showers, hand wash, etc. I just thought to myself that I knew we had to camp so what else did I expect? I chose the camping tour on purpose to challenge myself. The other girls and some dudes asked to be moved to nearby hotels or cabins- But in places like Big Bend National Park there were no options. However, if I can be the most girliest girl there, camp through the freezing American Winter and not hate it- then anyone can do it. 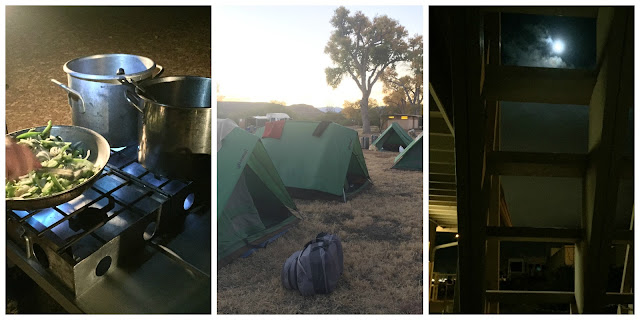 8. Walking with my feet ten feet off of Beale (Tennessee)
What is it in the water in Tennessee? The musical talent there is beyond anything I've ever seen. Both major cities we visited- Nashville and Memphis are evident of the era-defining artistry. Memphis, in particular- the birthplace of Blues and Jazz reigns supreme. Elvis, the city's hero, roams the streets with humble gratitude for the thousands who come to visit his legacy every year. Every bar we went into, there was yet another band giving it all they got. Just when you thought it couldn't get better- your jaws dropped. I could have easily spent a night alone in any bar on Beale Street just for the entertainment value alone. We do get bands playing at bars here in the UK, but trust me it's nothing like this. It's almost a shame that the mind-blowing talent outweighs the media sponsorship to catapult them into stars. There's too many of you. 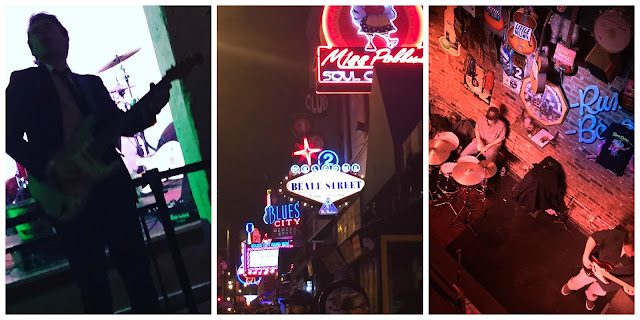 9. Steamboating on the Mississippi
Another Louisiana fave! The last time I was on a boat was probably a few years ago with my parents. But sometimes, as a twenty-something you have to indulge in a bit of a classy affair! Dressing up, walking up to a gorgeous steamboat, hopping on for dinner- it was all so, so perfect. And the moment, when the boat pulled away from the pier- watching the New Orleans timeline etching into the distance and getting further down the Mississippi river, was magical. There were a few moments of silence before we started an investigation of the entire boat. In general, I just remember the night being about good company, good food and a good atmosphere. Unbeatable. 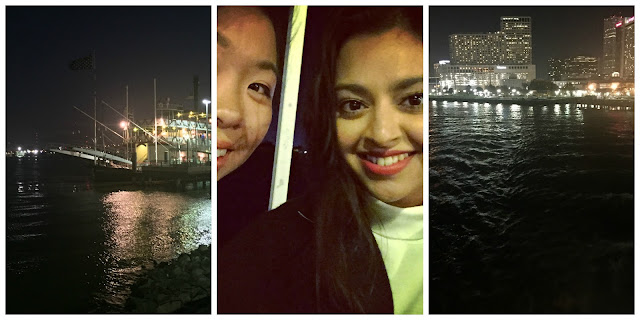 10. Craziness of New York City
I experienced New York the day after the tour's end and the day of my flight back home. I woke up super early, made my way into town and proceeded to see as much as I could. Of course, this was the busiest city I had been in thus far in the States. A city rammed with tourists, I can understand why. The shopping district, the history, the skyline, the entertainment, the parks...this metropolitan city has something for everyone. In the span of a couple hours I visited Times Square, Central Park, New York Public Library, The Empire State Building, The Rockefeller Centre, Fifth Avenue's shopping district and toured the CUNY Graduate School of Journalism. By complete coincidence, I even ran into my trip's room buddy who I had said my goodbye's to the night before. She spotted me on the giant screen in Times Square! Hah! If I had more time, I would have loved to indulge a little bit more on NYC's pizza and bagels- but being rushed for time, I kinda forgot that aspect of New York. In fact, later that night by the time I finally got on to my flights, I was so dehydrated, tired and dizzy from walking all day- I was on the verge of blacking out before a flight attendant handed me a bottle of water. Lesson learnt: you definitely need more than one day to explore New York! 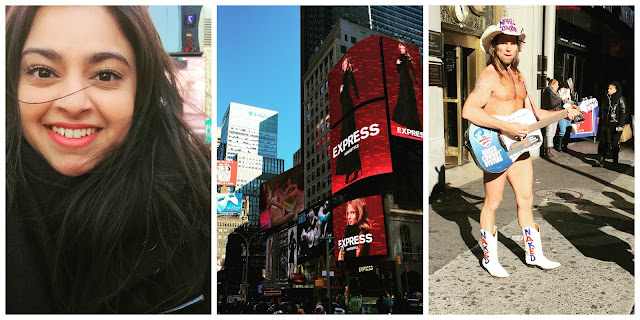