May I never wake up from the American dream- Carrie Latet 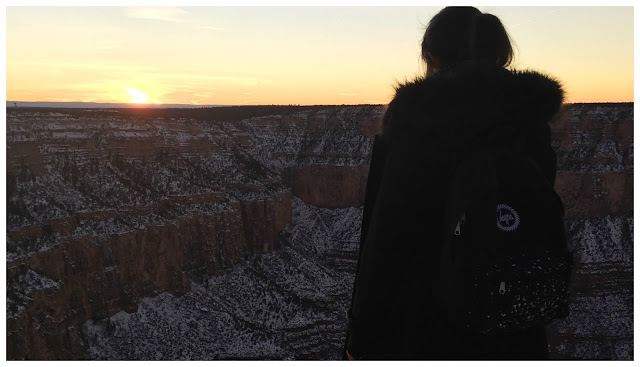 It was back in June when I decided to finally bite the bullet and book my perfect American holiday with Trek America. I have always had a love affair with the States. I grew up watching American television, reading American novels and immersing myself in American media- so much so, that I now keep my passion alive as an entertainment blogger. Being a Westerner, I was still sucked into the idea of the 'American Dream'. England has given me a lot in terms of opportunity and freedom which I most certainly would have missed out on if my parents decided to stay in my native Pakistan. But at times- it just seems so small, boring and lacklustre in comparison to over the pond. It's this obsession, that had me wanting to travel to America not just for the showstopping cities such as LA and NYC, but everything in between. Trek America was a great fit because of the cross country tours it offered ( I chose the Southerner tour), experiencing your dream with like-minded people and it's marketing which was aimed at young adventurous people like me. And omgosh I had the best time. There's so many things I could talk to you about, but we did so much, saw so much and experienced so much. Because of that I've compiled my top 10 highlights of the trip below. In the meantime- *furiously googles ways to get back to the States.*


1. Grand Canyon: The Best View
Pictures don't do it justice. The outcome of the Colorado River's course through the canyon 17 million years ago now serves as a marvel for one's overwhelming senses. The true beauty of the canyon which is 277 miles long, 18 miles wide and 1.6 km deep can only be truly appreciated in person. Driving up alone, I was in awe of the grandeur of the natural formation. A 'life-sized painting' is what I continually referred to it as- And that was further cemented by the exhilarating helicopter ride I embarked on which took me deep within the Canyon. Going over the last stretch of trees and dropping in to the Canyon is a feeling like no other. Something you'll always remember and also recommend to everyone. No ifs or buts. Oh, and stay for the sunset like I did or wake up early for sunrise. There's no such thing as too many pictures at the Grand Canyon. 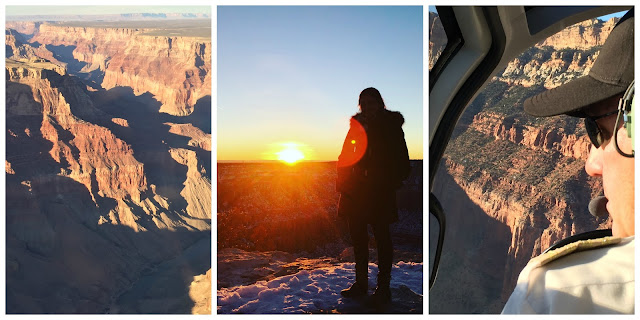 2. Birthday on Bourbon Street, New Orleans, Louisiana
It's not everyday you get to celebrate your birthday in the most 'unique' city in America. New Orleans, home to the famous 'Mardi Gras' celebration which dates back to French Colonial Times was my ticket into my 26th year of living. And let me tell you- 'unique' is what they delivered on. I was sashed up with dollar bills attached to me complete with bead necklaces, the famous King Cake in my belly and an electric night welcomed me on the town. Dinner, live music, general quirkiness on the streets, bold lights, karaoke, from one place to another and of course *cough cough* #Hurricane #AussieCowboy. 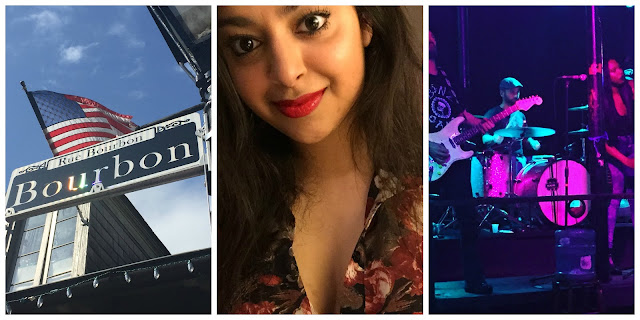 3. Cedric Watson & The Bijou Creole at the Blue Moon Saloon, Lafayette, Louisiana
Walking into someone's back yard you don't expect to be showered with some of the most insanely epic music you've ever listened to. Zydeco music *omfg* where have you been all my life? Well I guess in Louisiana! The musical genre which stemmed from Louisiana's French Creole speakers took form in the stunningly talented band Cedric Watson & The Bijou Creole. The music, the vibe, the atmosphere was like nothing I ever experienced before. Young, attractive people were lost in the music and didn't turn to twerking and grinding to express their physical freedom. And something else that was magical about that night was that looking back, I actually felt like a local. A lovely boy came up and asked me to dance and due to my inadequate nature to hold a beat, I declined. He persisted in offering to teach me the waltz and I cocooned into being so terribly British. In hindsight, that's probably one of my biggest regrets. Boy, I'd dance with you next time! 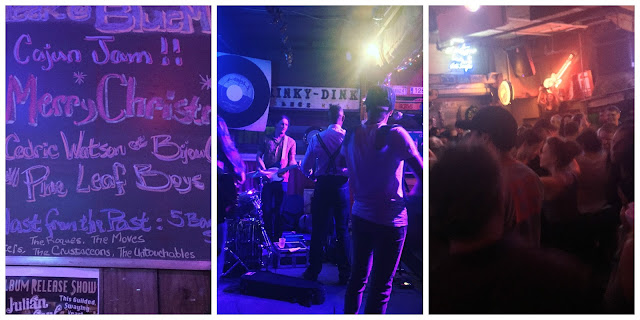 4. The White House: America's Most Noticeable Residence
For me, Washington D.C was all about visiting Barack Obama. That may have been a bit far fetched but I was okay with just visiting the almighty White House instead. I actually had that day to myself which was a welcome change. D.C came up near the end of the trip and by that time, I felt like I needed a bit of a break from the group and this was the perfect city to do so! When I saw The White House, it actually made me a bit teary eyed. I'm always one who thinks that the magic of the moment sometimes does get lost by huge amounts of tourists- but this is something I never really thought I would see in person. Truth be told, I didn't even think about it that much in the lead-up. But it meant a lot. Which I think was evident to the man who came up to me after witnessing me failing to take selfies. Cue: White House photoshoot! 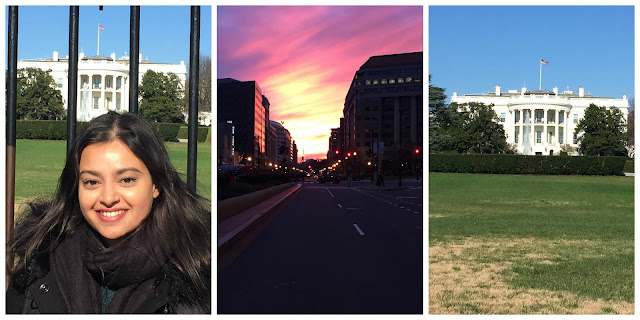 5. Christmas Day with the Texans
Listening to Gavin DeGraw when you're driving though Texas has a completely different meaning than when you're on your morning commute on Southern Rail and go past Mitcham Eastfields. 'Best I Ever Had' is one of my favourite songs and when it came on- Oh My Gosh. It just took on a whole different meaning. I will never forget the butterflies Gavin Degraw gave me that day on an early morning drive! *Find someone before it gets too late* Which leads me to Christmas Day coming in at the end of our camping run. It was the first time we were in a big city after spending a lot of time with traditional Navajo's in Monument Valley and cowboys in Arizona. It was almost surreal seeing so many people out and about on Christmas Day. There were almost too many, but I loved it. After being one with nature, it was nice slapping on some make-up and integrating into festive society again. 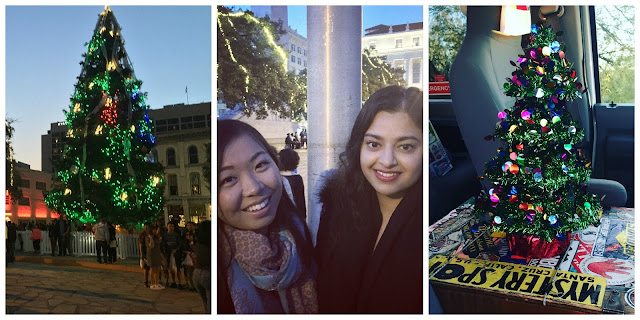 Have you been to the above places? Let me know your experiences!
For more information about Trek America- click here.

Come back for more highlights!