'The key to realizing a dream is to focus not on success but significance - and then even the small steps and little victories along your path will take on greater meaning.'- Oprah Winfrey 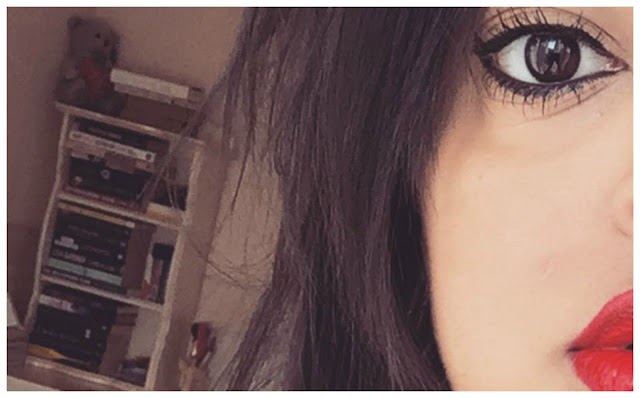 Growing up I relied on television shows, movies and celebrities in the media as a sense of social realism which I couldn't experience due to a strict religious upbringing. I counteracted my shyness by getting lost pages deep in books and using the delicacy of words for escapism. So it only seemed fitting that bringing the two of those aspects together would be a career path I would excel in. But it's been tough. I graduated from university nearly five years ago. Since then I have been pursuing a career in showbiz journalism. I have interned, freelanced and assisted in print magazines, on-line publications, PR, social media, event management etc and the list goes on. I've made some great contacts, had some incredible experiences and built my confidence. My foot is in the door. However, getting the rest of my body through the door has proved to be tough. I can't tell you how upsetting it is to be currently working as a receptionist with people questioning my dedication to my goals. My career is my number one priority. I most certainly feel as if I've lost a few years to the hustle, but I will never take a step back in order to achieve it- Even if it means doing dissatisfying jobs here and there along the way. Never giving up (which I'm telling myself now) is the best advice I can give anyone out there in the same position. Whilst I work my way up to a respected job role on a magazine, newspaper or television show as a showbiz and entertainment journalist, I've listed four jobs I had that didn't quite make the cut on my CV. These are experiences I'll always remember to humble myself once I'm whole-heartedly happy doing the job of my dreams.

1. HELPING A FATHER & SON PACK UP AND MOVE FROM THEIR 'HAUNTED HOUSE'
I had read about a certain 'haunted house' in our area for many years. The authentic Tudor style house complete with beautiful grounds had been the subject of many documentaries, paranormal investigations and movie sets. Not shying away from my intrigue in the paranormal, I decided to email the residents to see if they had any temporary work available to fill up the space between my soul destroying job search. Almost immediately, I received an email back from the owner saying that the property had actually been sold and there was no employment opportunities other than a few days of helping him and his son pack up and move. I said yes- More for my intrigue in the property than my lingering desperation for money. However, when I arrived there the following morning, I didn't expect the enormous house to have a hoarding problem. I was there for three days, which where long and slightly detrimental to my slight organisational tendencies. But it was made slightly better by some of spine-tingling stories from the owner- a widower. Whilst he never saw any paranormal phenomenon himself, his wife used to. She was always the one who welcomed the press attention to the household to keep her family safe. Tragically she died a couple months earlier. She had also left behind a 12 year old son. More of a social recluse, I finally got him to chat to me on my last day. We talked about his dreams of being a cartoonist, the bullies at school and how him and his dad were going to set off on the road the next day with no destination in mind.

Cash in hand, I set off on my merry way down the road to my house, a little disappointed I didn't see any ghosts. 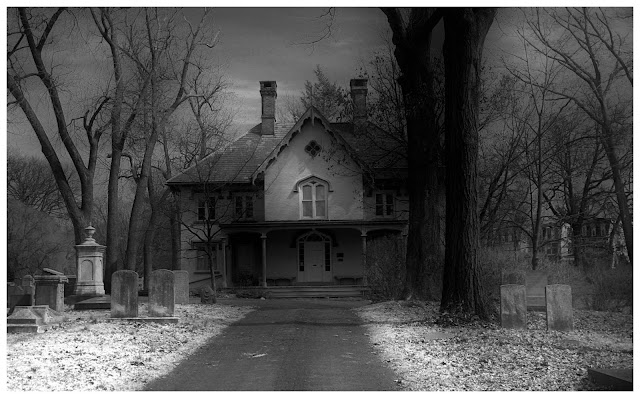 2. ADMINISTRATIVE ASSISTANT FOR A DEMOLITION COMPANY
My brother had a friend who had a family owned demolition company. And when they were on the search for a new administrative assistant, my brother immediately volunteered me to step in. He made it clear to his friend that I was pursuing a different career and once I had found a job more suited to me, I would leave. The deal was done. I had no interview. And I started after the weekend. The job was simple. It really was. But there's more factors that go into a job role than the easiness of it. Spending the majority of my day, in an industrial estate in Croydon, where the nearest Sainsbury's at lunch was a few tram stops away, was a surreal lonersome experience. With a small team of older people genuinely dedicated to the business, I found it difficult to fit in. With my long lashes, leather jacket and aloofly misinterpreted nature, I stood out like a sore thumb. I was talked about. And bitched about. Sometimes, when I had nothing to do I was sent upstairs to the library in the freezing cold 'filing room' to organise hundreds of documents from years past. I was so so so lonely. No career prospects. No friends. And to add insult to injury, my boss would always call my brother to let him know how I was doing. Trying to be alert and present in a monotonous job drained me. I spent six horrifying months there when I was finally invited in to have a 'chat'. I left that day so happy and never looked back. 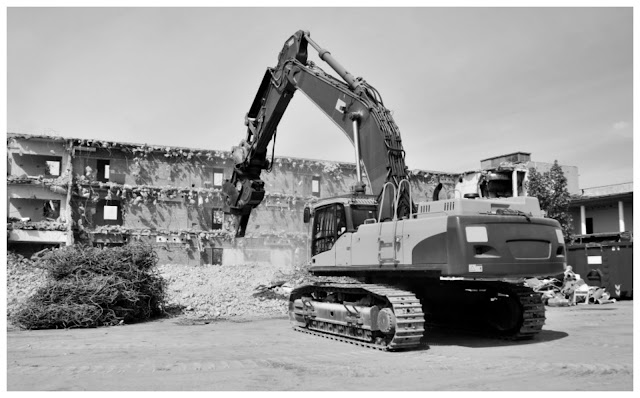 3. SELLING FAMILY/BABY PHOTO PACKAGES
Taking photographs? Sounds kind of creative and simple, no? That's what I thought. Not really. Especially in a sales driven environment which was badly managed. Before my first day of work, I was sent on a one week 'sales and photography' course. And if judging by that week, I should have known that my time at this job would have been a nightmare. I spent most of my time walking up and down the streets forcefully shoving 'family photo-shoot' vouchers in people's faces. 2% of people would stop whilst others would ignore me, laugh at me and even yell at me aggressively. Back up in the studio, I, with my limited training, would be relied upon to take the photos of a whole family in about ten minutes. Edit them in the next 5 minutes. And then try to sell them. I get that was the whole point of the job, but I was thrown in too quickly without any guidance to do the job. My manager who was about a year older than me also decided to manage us by choosing her favourite and outcasting the rest of us. We ran riot and I have to admit, our branch of the business was in tatters. I remember vividly me and a co-worker hiding relentlessly in a coffee shop, trying to get away from her and thinking life shouldn't be like this.

One day, I was walking into work, when I received a text message from my manager which was intended for her 'favourite'. Needless to say the context of the text wasn't pleasant. I didn't turn up. Even when she texted me apologizing and begging me to come back in I had had enough. I went to the local park, sat on a bench and cried for an hour. And then I went home. 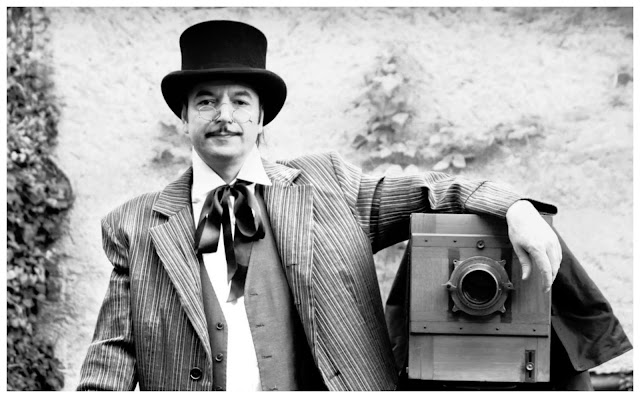 4. SELLING FRO-YO
This job lasted 3 days. I went in for an interview only to be given an apron to start work, whilst the super young manager roamed Facebook. 'You seem like you know what you're doing,' she mumbled as she was 50 photos deep in to someone's 'Ibiza holiday album'. The next day I was left alone with one other girl. And the frozen yoghurt machine exploded. 'This happens all the time', she nonchalantly informed me as she climbed a stool, opened the top of the machine and went in waist deep to sort out the problem. The third day, I was completely by myself and realised I hadn't been given any sort of till training. As you can imagine, my frustration levels didn't cope well. I closed up that day, grabbed myself a fro-yo and more than enough miniature Oreos and peaced out. People being overtly enthusiastic about their work is one thing, but having no interest what so ever is another. Why should I condition myself to the fulfilment of your career type when you can't do the same? 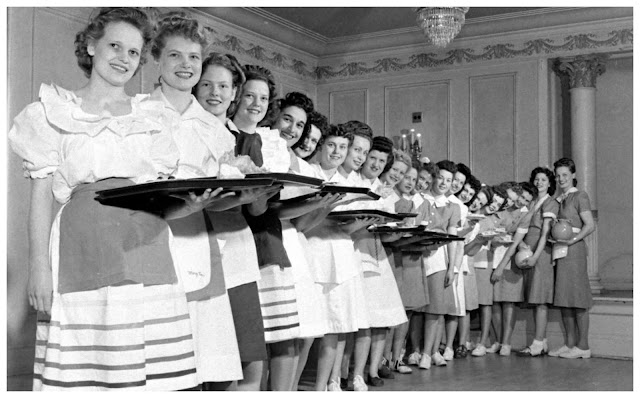 THE STRUGGLE IS REAL. HAVE YOU DONE ANY INTERESTING/HORRIBLE JOBS IN THE BUILD-UP TO YOUR DREAM CAREER?