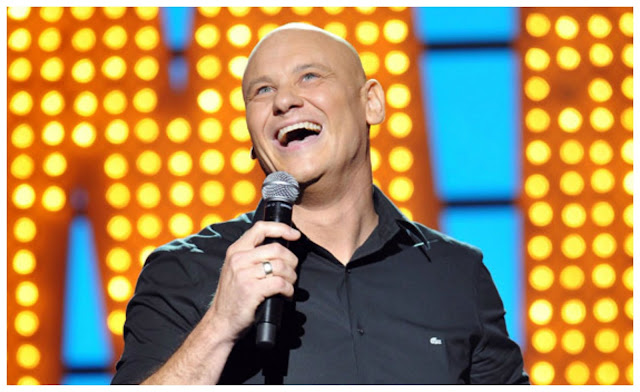 I always have mad respect for comedians. Sure we love a good ol' giggle with our friends, but having someone random try to make you laugh is no easy feat. That's where Terry Alderton steps in. His career has seen him appear in Eastenders, hosting the likes of BBC's The National Lottery and Red Alert and also being nominated for an Edinburgh Comedy Award. Currently, he has his own radio show on BBC Radio 4 where he indulges in a wide variety of sketches and impersonations which offer genuine chuckles. I got a chance to have a little chat with him- here's what he's got to say for himself...


Tell us more about your radio show on BBC Radio 4- All Crazy Now. Where did the idea stem from?
It was pitched to me as a one man ‘Goon’ show (due to the nature of my live act). The only problem being I am a very visual comedian. So I had to re-think the visual to make it sonic.

How do you decide on which characters to portray on All Crazy Now?
Just through playing around with the audio gave life to some and others (Ed and the Bear) were just born out of stage routines. In fact we recorded enough for another series!

What's it like working with Dabster Productions?
A real joy. At last, a company who got what I've been trying to pitch for years, which I usually get told, ‘It’s too CRAZY.’ It has been a real team effort. Sean and Richard who mixed/produced the show got everything spot on..

Difference between comedy on radio and on stage?
As I've said I had to rethink the visual.. plus we don't use audience laughter so we fill this with the use of inventive sound effects to keep the rhythm.

One thing fans would be surprised to know about you?
That I have ‘fans!’ I'm very very shy.

How important has social media been in taking your career to the next level?
Not a lot. I don't do it. Sure I have them, but they are taken care of for me.

What has been your career highlight to date?
My radio show as I feel (like it or hate it) is very original and that is hard to do in this day and age, so just for that its tops for me.

Finally what's your best 'knock knock' joke?
Knock Knock.. who's there.. answer to.. answer to who… ANSWER TO NO ONE.. ALRIGHT!