Lena Dunham's book 'Not That Kind Of Girl'

I have already pre-ordered Lena Dunham's book 'Not That Kind Of Girl' and I can't wait to read in print what she has to say about her life experiences so far. If Girls is anything to go by, then the book is bound to be a best-seller with a thick seal of critical approval. It just so seems that everything Lena touches turns to gold- And the same can be said for her YouTube channel in which she released a slew of advice videos earlier this week. No doubt, her advice is better than any therapist, talk show host and friend put together. Her intelligence of what it's really like to be a young woman in their twenties is resident in her beautifully worded, resourceful, humorous answers. A round-up of some of her best answers to the questions people wrote into her about are below. 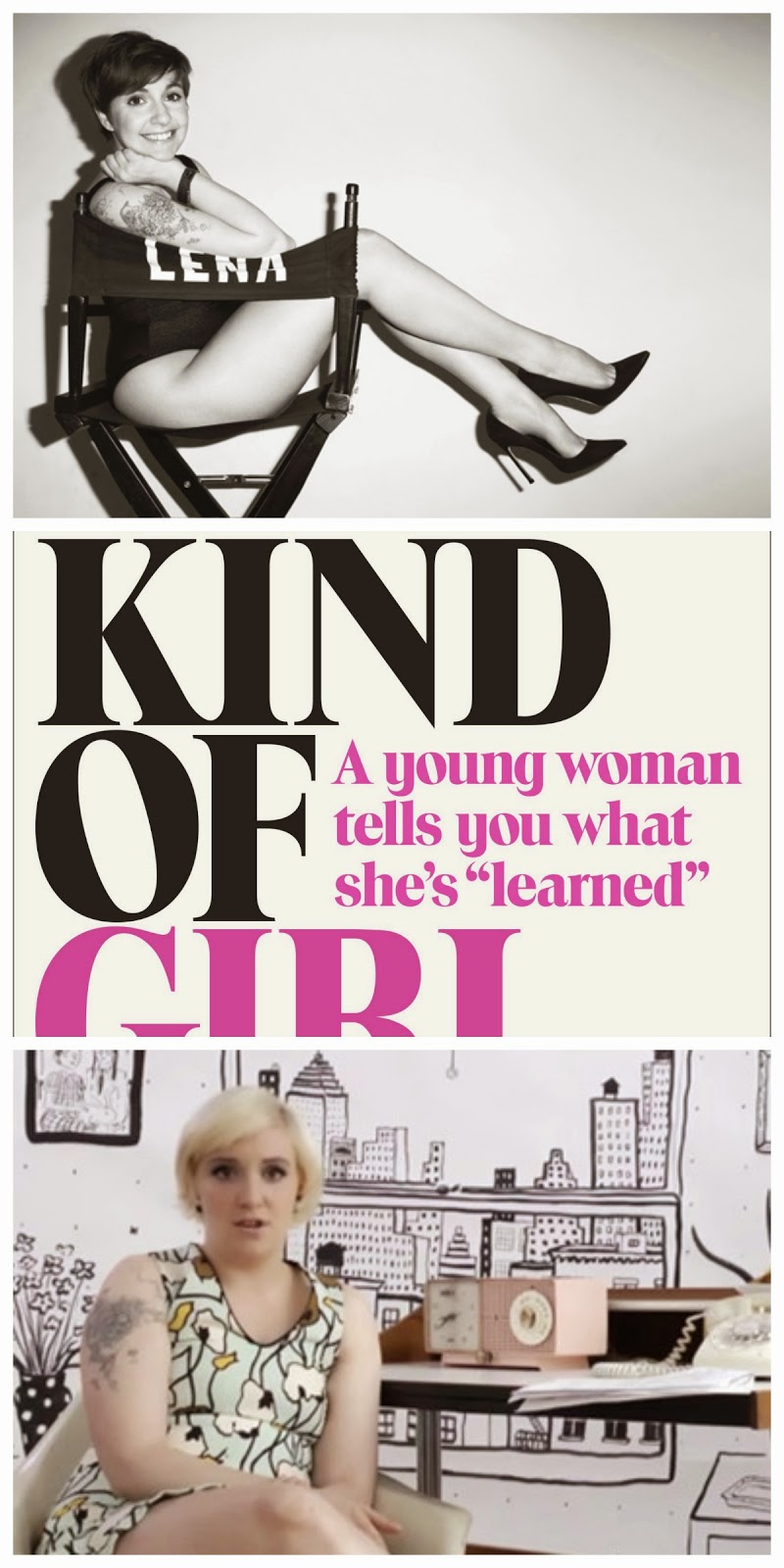 Can I still be a feminist and dress provocatively?
Your political pursuits are what's allowing you to show off your body in an unmolested way.

I have this habit of sleeping with guys who treat me horribly. How do I break this vicious cycle?
When you feel a lot of negativity towards yourself, you're almost sexually attracted to people who are going to reflect that back at you.

As a young writer, were you made to feel insecure about writing from your own life experience?
The personal is political. By sharing your own stories you're essentially performing a sense of activism which is happening right now.

What do you do when you come face to face with someone who gave you hell at school?
You're probably going to feel pity for someone who felt the need to behave that way. You're going to feel a deep sympathy and a total non-desire to scream at them.

I can't seem to stop having bad sex. How do I combat this?
Having good sex involves two people who want to make each other feel good. It's an alchemy.

How do I deal with my unfunny girlfriend?
I think humour is essential. It's right up there on the relationship criteria list with 'don't hit me in the face' and being vaguely attractive.

How do I deal with the fear of death?
I was just lying in bed the other day pretending I was on the verge of dying and looking out of the window thinking what if this was the last day I existed? And I was totally cool with it.

Check out all of her videos right here