The question of reincarnation is an ambiguous one for many but explored in great depth by LA-based filmmaker, Kate Marzullo. Frustrated by the lack of authentic projects based on the theme of rebirth, 'Phoenix Song' was brought to life (no pun intended). Originally based off a TV series still in the early development stages called the 'Phoenix Chronicles', the 'Phoenix Song' introduces the audience to the characters and concept of the television series. A comprehensive look at love transcending time and space- A unique universe where everything comes full circle.

The film follows art student Laura (Kristin Rogers), as she attempts to reconnect again with Dillon (Benjamin David Howard)- A soul she has reincarnated with numerous times over history in a final attempt to clear the karma. However, she's the only one who knows what is occurring. Can she solely release their karmic baggage so they can be free of each other once and for all? 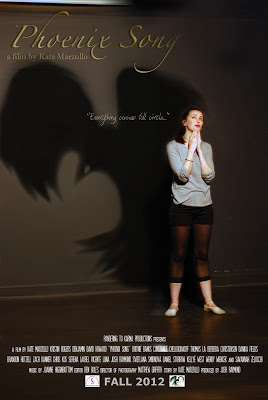 This long-form music video makes you ponder questions such as the concept behind 'love at first sight' and the reasoning behind meeting someone for the first time and feeling as if you've known them for a hundred years. Maybe it's due to more than just casual intuition? What about peeling away the layers of your thoughts and uncovering a mystical story? The main synopsis of the concept is to offer an alternative point of view to those lingering unanswered questions. The concept is open to the audience to interpret in their own way and at the end of the day 'Phoenix Song' holds solace in identifiable truth- the labor of love.


*For more information visit http://www.katemarzullo.com/#!__phoenixsong
*Support the film on Facebook https://www.facebook.com/phoenixsongfilm
*'Hype' the film at http://www.filmbreak.com/projects/phoenix-song


WATCH AND ENJOY THE FILM