I've had a lot of time to think recently. I think about crazy things sometimes. I drive myself nuts thinking about things. Sometimes i can't sleep because i think so much. I worry if other people think i'm crazy when i awkwardly zone out mid conversation because, guess what... I'm thinking. There are some things i think about that i probably wouldn't discuss out in a blog, but i think thinking about the following are socially acceptable:

Embodiment
Embodiment is such a fragile thing. It holds such a personal meaning to you, but it's that very essence of embodiment that gives others a sense of who you are. I want to embody freedom. I also want to embody my right for individuality. Everybody has a weird way of thinking that their opinions are the ones that count- EVERYBODY'S opinions count. I'm a very stubborn person in my beliefs, but i surround myself with people from all walks of life. I like to be different. I suppose I like people to listen to me and think 'WTF'.

Fashion
I was a late bloomer when it comes to fashion. Even today, i still don't think i get it. However, the stack of fashion magazines in my room indicates otherwise. 'Not quite getting it' doesn't equate to hating fashion. I just wouldn't choose to be loud and bold in my choices- i would rather be understated and bold. Confused ? You wouldn't quite catch me in neon yellow hotpants and a bright pink bra a la Rihanna. I like the idea of gothy glam. Obviously not taking it to extremes , but making it look cool and relatable like my current style idols Demi Lovato and Bebe Rexha. Believe it or not, there's a certain warmth and cutness that comes from understated darker colours with a few spikes thrown in. I believe in the unexpected.

Make-up
I adore make-up. I really do. However, back in high school i never wore any make-up. I was inevitably labelled 'panda eyes' due to my hereditary dark circles hideously on display. University was the time i started to experiment. I went from poking my eyes out with cheap concealers ( which still didn't do me any favours) to leaving university, with a booming makeup box full of serious beauty business. Along with concealer, my daily look consists of Rimmel eyeliner, Maxfactor mascara, Maybelline blush and my trusty Maybelline Lipgloss. Sounds like effort, but it really isn't. In the morning i do half my makeup at home and the rest on the train. I'm so used to it, i don't even notice ( I would LIKE to think people watching me putting make-up on in the train, are picking up beauty tips haha!). On the other hand, when i have a special event to go to, i definetly put much more thought into it. Foundation, shimmery eyeshadows, fake eyelashes and highlighters all make a suitable entrance- annd i LOVE IT. You would probabably see me taking more of a risk with makeup than fashion. I really want to sport a green metallic lip one day. Maybe. On the other hand, my search for the perfect concealer still continues...

My Weight
My number one fear is psysical taunts. I've experienced them ages ago when i was younger- I don't want any sarky comments about the way I look. I may have grown up and somewhat changed my appearance, but memories will always be memories. It still greatly affects my relationship with my body today. I still have a few extra pounds on me which is the hardest thing in the world to lose. Sometimes i just want to cry into my pillow and wish that I looked like a Victoria's Secret model. I also absolutely despise the 'pretty face complex'. i.e. 'oh but you have a pretty face...if only you lost a few pounds'. Comments like that infuriate me and make me feel even more insecure. It makes me want to eat cheesecake. I MAY lose 10 pounds in the future, or i may gain 10 pounds in the future- But i can guarantee you that i will never go back to being extremely overweight like i was as a teenager. I try to eat as healthy as i can and i try to exercise as much as i can. I honestly do what i can ! It's confusing i know..i get mentally exhausted just thinking about it.

Living my Life to the Fullest
Probably not.......thinking about it- Definitely not. I need to book a one way ticket to America, pack my bags and leave ASAP. 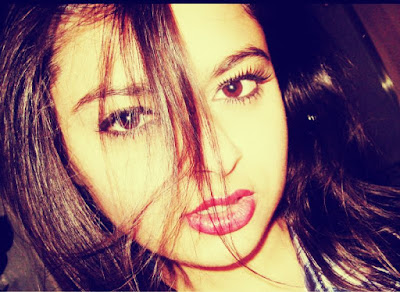