In Hollywood, brides keep the bouquets and throw away the groom- Groucho Marx

The next issue of Asian Woman Magazine is nearly here, so the past 2 weeks has been a flurry of shoots and deadlines. Our premier photo shoot location was the awesome Grange St.Pauls Hotel, where we had shot before. For one shoot, we were at another Grange Hotel (they have about ten hotels in one area) and spent the day in the penthouse as our base. The view of Tower Bridge was absolutely incredible! We continually changed location within the hotel to get a range of backdrops and lighting.

The second shoot we were at our original Grange Hotel location. We took over the most gorgeous sparkling white beauty salon that had not been used for 2 years!! (Yes, we did the dust check with our hands- all clear). It was a great day and a surprisingly quick one too. It consisted of three models, 2 makeup artists and 4 looks. The jewellery shot was spectacular and gave witness to the most unique and enchanting rings, pendants and bracelets I had seen. I don’t know about everyone else but I have a slight obsession with skulls and snakes. Does that make me a freak? Possibly? But skull rings and snake bracelets were enough to fulfil my needs at the moment.

We also shot a range of other looks including a ballet- inspired brief. The poor model, Sandy stood there imitating ballet poses. Stupidly I thought she had prior dance experience. Immediately I felt for her, when she dropped her arms in agony and flung them in the air at every click of the photographer’s lens. It didn’t help that we were shooting that look in the hotels gym studio. I sat on the side on a fitness ball and looked on in amusement at the queue forming outside. We were nearing 6.15pm and that was the next gym class. Hurriedly we got the shot and called in a wrap. It was a great day, although wasn’t so great when both the straps of the bag I was carrying all the samples in, broke on the way home. I had to carry it in both arms like a loser and couldn’t exactly see where I was going due to it being SO HUGE. Awesome.

I also started working for The Models Portal as a studio assistant. I always have such a giggle working with Aleysha, the makeup artist, who does absolutely beautiful work- check her out at @AleyshaMUA and Marcus Flemmings, @MarcusFlemmings. My first day consisted of clients coming in, getting their hair and makeup done, and immersing themselves in a photo shoot consisting of three looks. We were located in studio 1_14 near Seven Sisters. Here is a link showing the quirky space we were working in: http://www.themodelsportal.co.uk/#/latest/4557538223/Behind-The-Scenes-HollywoodLand---Our-Latest-Shoot/498950. The owner of the studio was ace photographer Mariann Fercsik. I have never in my life met someone as genuinely nice, kind and funny as her. She was there for us whenever we needed, made us drinks and engaged us in hilarious chatter. I do hope we get to meet her again! However, I didn’t really enjoy walking past the studio labelled ‘Quarantine’ with the disgruntled barking dog, who seemed to sense whenever someone was walking down the corridor!

I also attended my second model casting. This was for a video shoot and catwalk. Seeing as it was an open casting, the range of people that walked in was very diverse. Whereas, there were many people just trying out their luck, there was a select few who proved to be exciting future talent. It was great to sit there and give my opinion on who I thought was exciting and not. It wasn’t so great however, when the casting director made me stand in the middle of a group of potential models to see how they flirted with me- all in the name of work of course! (Let’s just say I have never been snarled at in my life before !!! )

There are probably a billion more things I could write about, but I don’t want to bore you. So for the moment all I can say is keep your eyes peeled for upcoming issue of ‘Asian Woman Magazine’ set for release mid December! 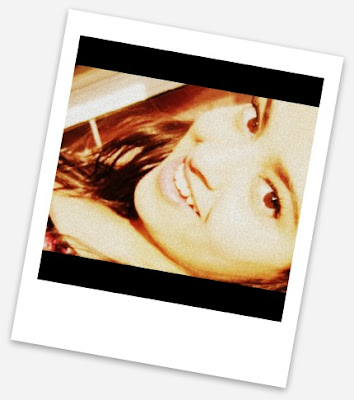