Some people follow fashion trends to be on par with the elite- living up to the latest replaceable slipping trend. Others fall at their ends wit spending too much time on the needs of other people that fashion doesn’t even feature in their social dictionary. In the utmost confusion of today’s varietal fashion trends, feeling like a ‘queen’ is somewhat left to the midst of Queen Latifah’s ‘Covergirl’ range- However, there’s a rise of a new type of fashion configuration- almost declaring an anti-fashion movement with its complete originality. Working with the great British context and the accustomed character we’re born with, is the fiercely fashionable trend of the ‘wind in the hair effect’.

For a society that would once stay indoors on a windy day with a hat pulled across their face, sipping a steaming cup of hot chocolate- that hat has long been bared to the temptation of the exquisitely tossed mane, almost a sheath of protective sanctum. It can be viewed as an ornamental decoration, not so much as something you can just toss on which compliments an outfit-more like an extension of the original thrown together accessories. Something you’re born with and with a little bit of fire can rock out to a clean cut ‘cool’. Downplaying the accessorizing, it also fights for the attention of custom. The parallel to the clothes featured on Roberto Cavalli’s S/S 2011 collection features model heavyweight such as Laetitia Casta and Joan Smalls. They’re preened and perfected to find the right balance between the hair and the clothes, taking initiative from the craze that was once environmentally instituted.

The craze of the ‘wind in the hair’ has extensively been associated with high-calibre successful women. Suddenly, the embarrassing dash to catch the train can be viewed as a ‘moment’. A depicted fluttering montage of ‘the new woman’, supporting a flowing whimsical existence. Such the curiosity of this future of feminine sociology, that the dramatization of this different evolving trend has been imitated by the likes of Jennifer Lopez and Beyonce as performance art, in the form of hair tossing. The newly bred Willow Smith, also managed to conjure up pre-teen success with her sensationally hit single ‘Whip Ma Hair’, showing that people globally and of all ages can chronicle this idea of the drama-induced hair. And who can forget Tyra Banks? We’ve countlessly seen her reference this trend amongst young assuming models on her smash hit show –‘America’s next top Model’. Being in the business since she was 13, Tyra knows all too well about the aberration this fashion movement can make.

So, if the media make such an impact on us as theorists claim -and if our dearest mummy and daddy claim how much these assumptions are true- we are unapologetically socialised into this hairy fashion situation. Tamed with or without a hairbrush, and setting the heat by how fast we care to walk dependant on the weather and something we’re actually naturally born with? A complete underdog 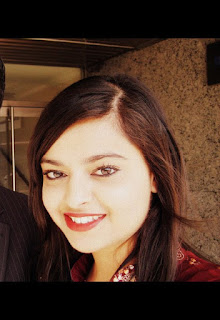