I have to admit i was terribly unprepared for the speech that i had to give, so much so i could actually feel myself shaking. It was kinda weird as, i standing in front of a large audience and saying something isn't really a MAIN fear of mine- but i guess i was just a bit overwhelmed and didn't realise i had to do a speech, so mentally trying to prepare one with a couple minutes to spare, was probably and evidently not the greatest prep.

Alas, i did turn out to get the role i was running for- But i wondered if i could have prepared a speech and had all the time in the world to say it- what would i say?
Hmmm well

'Howdie everyone. Vote for me as your new life and style editor because i can assure you i can do the role justice- and how u may ask? Well I'm pretty familiar with life. I've got a lot out of it recently. You may or may not know this but I'm a 20 year old student ploughing my way deeper and deeper in debt. Whilst preparing this speech at home, i had 2 twenty p coins, an empty hot chocolate mug, an endless stack of Company magazine, a credit card in tatters, a light bulb I've been meaning to screw in 2 months ago ( the only light that i currently have half heartedly glaring at me is a dim side table lamp) and the existence of a grand total of 0 uni books eyeballing back at me. Therefore with these extensive and monumental achievements under my belt, i am more than qualified to write for you guys in terms of 'life'.

'Style' on the other hand is the equivalent of a hundred different sensations in my head. From discreetly and confidentially being attracted to Little J a.k.a Taylor Momsen sense of style ( no matter how rude i find her in interviews) to preferring the dressed down, 'old Scottish lady with a cat' attire over the complete horror story of a makeover SuBo seems to be receiving- i don't really want to see a 'million dollar smile' ....on her. Eek. Also i pretty much hate the new trend of Aztec print ( i don't live in the Brazilian rain forest ), yet i pretty much treasure my sporty converse heels with my life (fitness shoes that you don't have to wear in the gym??!) I'm a tryer- I'll try a new trend for the sake of it and I'll be open because i want a Oscar Red Carpet-esque debate. Therefore, this pretty much sums up the reasons why i want to be the voice of materialistic reason for you :)

More of me to come in the future. Keep those eyes and ears peeled :)Kudos Love 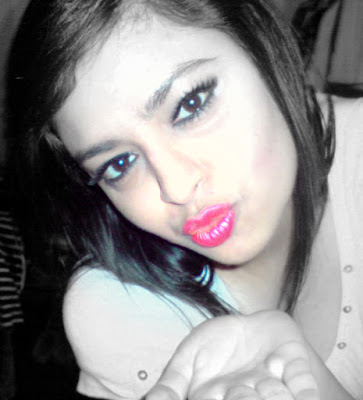