The Extention of a Middle Eastern Holiday 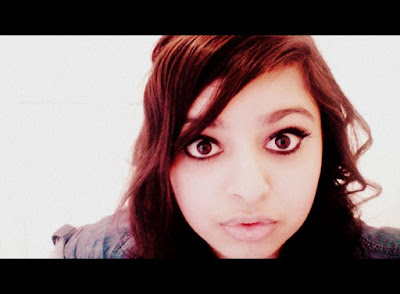 People flock to Dubai nowadays. The sun, the sand, the atmosphere- its a gorgeous sky scraping paradise. The popularity of it has just taken off in the past few years, but before that when the indulgent buildings and mega million pound compounds were coming into play, i never really thought anything of it. When i thought Dubai, all i would think about was the desert and possibly a camel or two. So you can probably imagine my shock, when my parents came back to a little 12 yeared old me, after a 'business trip' in Dubai and announced that we would be packing our bags and moving there in the upcoming summer.

My mum 'wanted a change' as she put it. There was no sense of inspiration and happiness in England. She wanted us to move there and experience a new and safer way of living and get more in touch with our religious Islamic roots. Almost immediately, i pictured myself riding a camel to school, dressed in a burka and struggling to see. My mum saw my anguish and sat me down and told me it would be fine and that Dubai has jumped leaps and bounds from my prehistoric imagination. I would enjoy myself, make friends and lead a new and fulfilling life. Being so young, i didn't really have time to argue my case. Without my dad ( who had to stay in England for his business), we spent that summer packing and moving our whole lives across the Arabian sea into Dubai and unpacking.

The shock of this sudden move became more evident for me and a bit frightening, when i first stepped foot of the place. My glasses steamed up from the humidity in a second flat. I was left wiping my glasses down, whilst processing the palm trees lining the airport and the thick musky scent of the locals. My brain was bombarded with new visuals, new people and a new environment. Me, my mum and my two brothers spent the first week of our move living in a dull,gravely inspired 2 bedroom apartment. I remember waking up on my second day and collapsing in the loo. The heat had gotten too much for me and an ambulance was called. It was scary, but i learnt from it. Finally we moved into the gorgeous Al-Attar Tower on the crazy Sheikh Zayed Road ( known for having the most road accidents in the world !!)My new life had officially began.

The question is did i love living there? Of course- because not many people can say that the apartment they lived in was a green and gold architectural luxury. They also can't say that they were chauffeur driven every morning to school, or that their tight group of friends included Canadians, Australians, South Africans and Koreans. Many people also can't say that on their 'school field trip', they drove through a vast and spectacular amount of never ending mountains to remote deserted beaches.Instead of hanging out at the movies every weekend, many people don't really hang out at water theme parks. They also couldn't say that they lived a life of pure luxury on a genuinely average family income. And most certainly they also couldn't wake up to sandstorms and mention that it had only rained once in a period of two years.

Looking back i was blessed to be given this opportunity to live and be part of such an extreme lifestyle, which compared so differently to that of Britain. Of course there were a few downers. Waking up the sun beating down your back and coming home to it not ready to let go, became a bit of a nuisance. Sure i love sunshine, but the UAE took it a tad bit too far. Also, Thursdays and Fridays were our weekend. Saturday we were back at school. It messed up my conditioned weekly timetable. Its something that i or any other Brit would never get used to- And although religion was never really SHOVED down my throat by Dubai, we had to sit through painful Arabic lessons as one of our 'core' languages alongside French. So much as drop a ruler by accident, and the delightfully strict Dr.Musa would send you to the 'corner'. Many a times i had to stand there for an hour with my head facing the noticeboard full of pictures of smiling students. In a funny way, it became a bit of a game, to see who could get sent to the corner the most.

Life was drastically fun, yet the distance between us and my dad got a bit too much. Plus the cost of living in Dubai began escalating along with its business prospects. We arrived back to England in the summer of 2004. Sure enough i missed my global friends, and the thought of walking out barefoot on the sparkling roads, and where my favourite past time was desert safari's, but it was that 'smell' of England, that slapped me back to reality. This time when i stepped off the plane in England, my glasses steamed up but this time it was due to the cold.......in the middle of June. I smiled and thought to myself 'Welcome back'. Now, its back to hanging out at the cinema on the weekends !! :)
Share:
at April 28, 2010